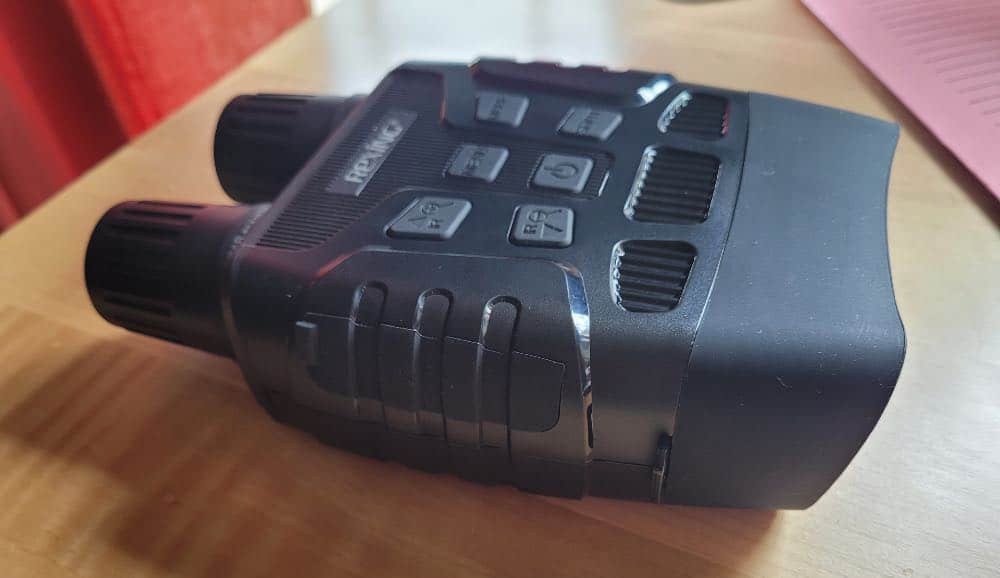 If you’re too busy or impatient (like me), here’s the bottom line:

Are binoculars worth it? No. If you’re interested in photo quality, binocular cameras are not worth it. Eventually, the technology behind binocular cameras will improve to the point where the product will be worth the money but today, the quality of the photos is poor.

In this article, I will share why I set out on a journey to find the best binocular camera with the best photo quality, what I learned, and whether or not binocular cameras are worth it. (Ooops, already spilled the beans on that!)

If you’re serious about capturing amazing closeups of wild birds, check out my article The Best Superzoom Cameras for Birding.

Why I Purchased & Testing 7 Binocular Cameras

For 20+ years I’ve been attracting and enjoying wild birds in my backyard. I love taking pictures and sharing with friends online. I have a terrific DSLR camera but have not yet invested in a proper zoom lens necessary to take crisp, up-close photos of the birds. The lens I have my eye on costs more than $1,000.

I heard about binocular cameras and thought they would be a spectacular approach to getting my up-close photos of birds without the large zoom lens investment.

So, I researched the highly-rated binocular cameras available today and purchased & tested each one to find the best to share the results with you so you didn’t have to go through the same time and expense finding the best one.

What I learned about Binocular Cameras

Right away I learned holding the binocular camera and focusing them on the subject was a shaky ordeal. They all came with tripod capability but I wanted to make sure I could use them without a tripod as that’s how I would actually use them.

With a subject more than 100′ away, I zoomed in and focused the best I could. In just about all cases, except with the Camonty 5M, I could not achieve a clear and crisp-focused subject. Sometimes just pressing the “Snap” button pushed the subject out of the viewport so I had to take multiple shots. In those cases, I chose the best shot to use as the sample.

After testing the first three binocular cameras for photo quality, I became discouraged. The quality of the photos they captured was poor. At best, the subject was fuzzy and grainy. At worst, the subject was completely unfocused – even though I had the device focused as best it could get.

I stayed positive and hoped at least one of the remaining four binocular cameras would prove to be a quality product. Unfortunately, that did not happen.

Below are the binocular camera models I tested along with the photo I captured from them. I purposely did not add my commentary on the quality of each photo – you be the judge 😉

If I don’t have a sample photo I explain why. For those, I guess you’ll just have to trust me that the photo captured from the device was poor.

I don’t have a sample photo taken from the ATN BinoX-HD to share with you.

I was unable to get the wifi transfer capability to work. It’s a handy feature of the device but I couldn’t figure it out and the documentation didn’t explain it.

Although there was a MicroUSB port, the camera didn’t come with a cable, and the one I had didn’t fit.

The Camonity 5M is my pick for the binocular camera with the best photo quality.

In life all things are relative. Binocular cameras are no different. From my testing, the Camonity 5M Binocular Camera had the best photo quality compared to the others I tested.

If you don’t want to wait for the binocular camera technology to improve I recommend purchasing the Camonity 5M.

Are binocular cameras worth it?

I believe once the powerhouse camera companies like Canon, Nikon, Sony, and the others enter the market and invest in developing the binocular camera technology, the quality will skyrocket and we’ll have products worth our money.

I’ll be keeping my eye out for new developments in the binocular camera world.