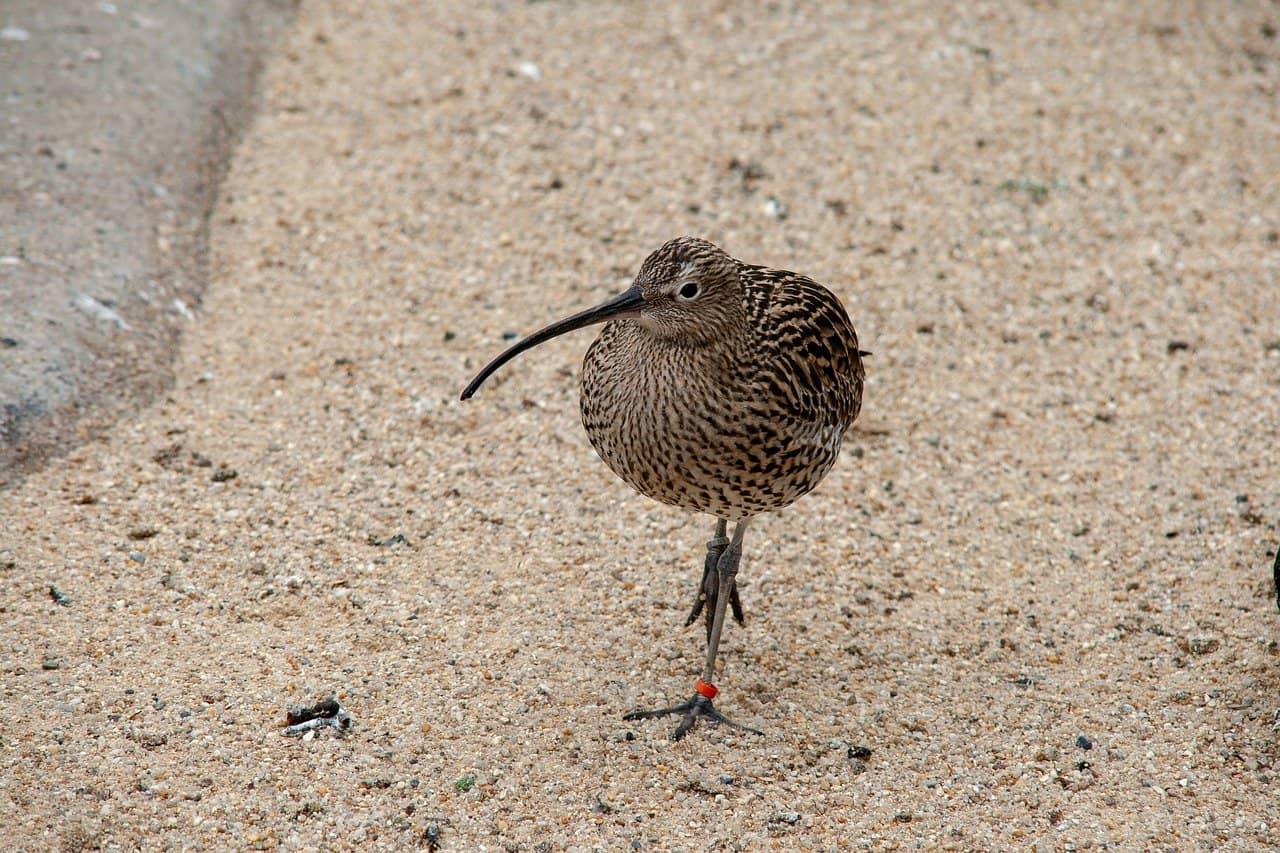 Inside: Learn the answer to “are birds mammals?” along with the ways they are similar and different. I delve into the classifications of birds and mammals in the animal kingdom so you can easily distinguish between the two.

Birds and mammals have many similarities, which can lead to some confusion.

Birds are not mammals. Although they share many features and even common ancestors, they are two distinct classes of animals.

We usually think of birds being in the air and mammals being on land. But what about bats? What about flightless birds? At first glance, some species can be hard to classify. Some birds have evolved to be more like a mammal, while some mammals have evolved characteristics that make them more birdlike.

Read on to learn about all the distinct characteristics that set birds apart from mammals. You will learn how to quickly tell the difference. Birds are more closely related to a different group of animals, which might surprise you!

Chordata is divided into five major classes: mammals, birds, reptiles, amphibians, and fish. Each of these classes has unique traits that differentiate it from the other vertebrate classes. A few birds and mammals, however, have unique characteristics that make them harder to classify.

Similarities Between Birds and Mammals

Both birds and mammals are vertebrates, meaning they have a backbone. This similarity is also shared with reptiles, amphibians, and fish.

Mammals and birds both breathe air with their lungs, although their respiratory systems are quite different, with a bird’s being far more complex.

Birds and mammals both have four-chambered hearts. Most reptiles and amphibians have a three-chambered heart, while a fish’s heart has only two chambers.

Differences Between Birds and Mammals

The main distinguishing factor that sets birds apart from all other living things is feathers. All birds have feathers, and no other class of animals does. Mammals, on the other hand, all have hair or fur.

Another difference between birds and mammals is that all birds lay eggs. Mammals give birth to live young, with the exceptions being members of the mammal order Monotremata, which includes the egg-laying mammals platypus and echidna.

Birds all have wings. Most use their wings for flight, although some are flightless. Other uses for wings can include swimming, balance, and courtship displays. Mammals instead have front limbs that are some form of paws, hands, or hooves (except bats, the only mammal with wings).

Birds have beaks and no teeth, meaning they either need to swallow their food whole or rip up with their beaks. Mammals, on the other hand, almost all have teeth. Some exceptions are anteaters, platypuses, and whales.

Another characteristic that differentiates mammals from all other animals is that they feed their young with milk.

Are Birds Related to Mammals?

However, a group called therapsids branched off only 40 million years later and evolved into modern-day mammals. These early reptiles continued to evolve over the next hundreds of millions of years and are direct descendants of modern birds.

One example of convergent evolution is birds and bats. Although their wings are very different, both birds and bats evolved the ability to fly to meet their biological needs.

Is Any Bird Considered a Mammal?

The kiwi bird is a member of the bird class, but it is considered an honorary mammal because so many of its traits are more mammalian than birdlike.

When there was a shortage of land mammals, the kiwi’s ancestors developed these characteristics to fill a niche. The kiwi is flightless, and its appearance and behavior are more similar to a small mammal than most birds.

When a kiwi hatches, it can feed itself, a very atypical trait for a bird chick. Birds are usually rather helpless when born.

Birds are known for their keen eyesight, but not the kiwi. It is the only bird with poor sight, even though it is nocturnal. It relies instead on its other senses.

Kiwis have feathers, but their feathers resemble fur more closely than typical feathers. They also have whiskers near their beaks.

Kiwis also have marrow bones instead of hollow bones like most other birds. Kiwi birds have a nasal cavity like many mammals, and they are the only bird with nostrils.

Instead of building a nest, a kiwi bird burrows like many mammals.

For these reasons, among others, the kiwi bird is the only bird with the distinction of being an honorary mammal.

Here are some of the most common questions related to birds and their relationship with mammals.

Are birds mammals or reptiles?

Although they share many characteristics with mammals, birds are more closely related to reptiles than to mammals. Depending on the classification system you are using, scientists would even venture to say that birds are, in fact, reptiles.

The phylogenetic system of classification classifies animals strictly based on their ancestry, which would mean this system classifies birds as reptiles. Birds are part of the group Diapsida, which includes all modern reptiles–crocodilians, turtles, tuataras, and squamates.

From these early reptile-like animals other groups of reptiles evolved, including archosaurs, which were the ancestors of dinosaurs and crocodiles. Archosaurs were very successful until 65 million years ago when all dinosaurs went extinct except for one group of feathered dinosaurs, which evolved into modern birds. So birds are dinosaurs!

Modern birds are most closely related to crocodiles, which are also archosaurs.

Hummingbirds are very distinctive birds, but it’s hard to get a close enough look at one to examine its features. Hummingbirds are the smallest birds and also the fastest, so shortly after you spot one, it might be gone. You might catch a glimpse of one of these small, fuzzy-looking creatures zipping through your yard and wonder if a hummingbird is a bird or if it is a mammal.

Hummingbirds are birds, not mammals. They are members of the order Apodiformes, or unfooted birds, which includes all hummingbirds, tree swifts, and swifts. Hummingbirds make up the Trochilidae family.

Was the dodo bird a mammal?

The Dodo Bird was not considered a mammal. It is an extinct flightless bird that was native to the island of Mauritius. The Dodo was one of three species, all extinct now, that constituted the family Raphidae. Most scientists classify Dodos as part of the order of Columbiformes, which includes pigeons.

Dodos were flightless and had been successful on the island of Mauritius because they did not have any natural predators. The lack of predators caused the bird to evolve to be quite large: up to 50 pounds. When the first humans arrived in Mauritius, they killed many Dodos for food. Animals introduced by humans became the Dodo’s predators, leading to their extinction.

Are there more bird species than mammals?

Both mammals and birds inhabit all seven continents and live in a wide range of climates and habitats. Thousands of different species of both birds and mammals live throughout the world, so you might wonder which class of animals is more numerous in species.

So are birds mammals? No, although they have many similar characteristics that might make you wonder how closely related they are. They share common ancestors, but their last common ancestor went extinct nearly 300 million years ago.

Despite their distinct genealogy, birds and mammals have evolved many of the same characteristics. With some birds evolving mammalian traits and some mammals evolving to be more birdlike, a few species are hard to classify.

However, if you look at differentiating characteristics of birds and mammals, you can determine which class any species belongs to.