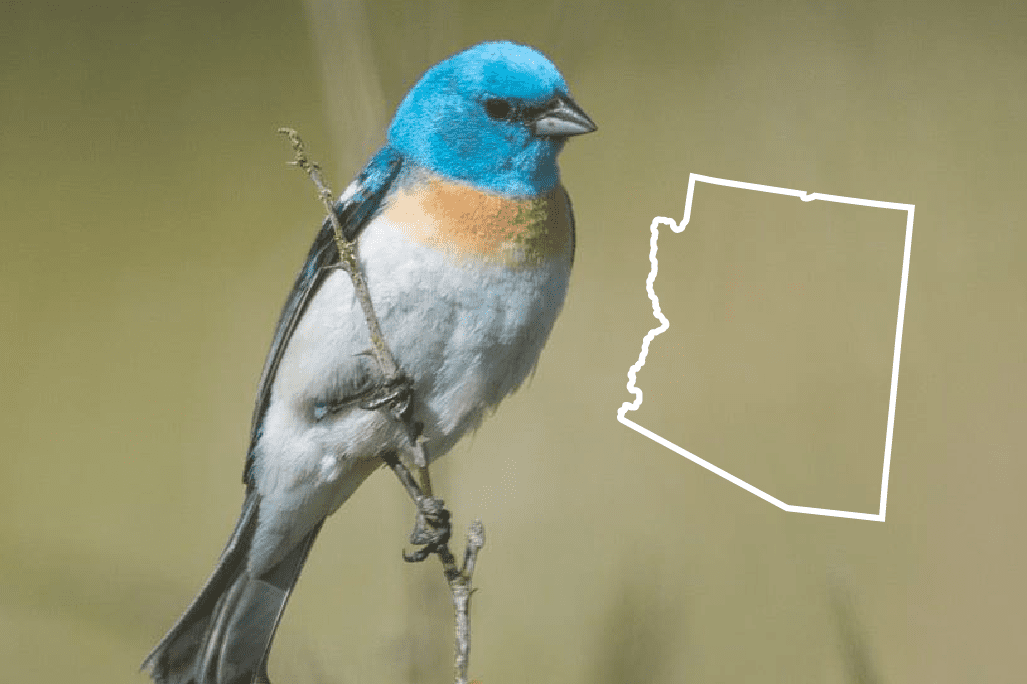 Inside: The complete list of blue birds (blue colored birds) in Arizona including a full-color photo of each blue bird, details about their habitat, diet, appearance, nesting habits, and a range map to show you where in the state you may see them.

There’s something about spotting a blue bird (a blue-colored bird to be more exact) in your yard that gets your heart pumping. Luckily there are plenty of types of blue-colored birds across Arizona so your chances of seeing one are very good.

With more than 20 years of experience attracting backyard birds to my yard I’ve seen every blue-colored bird species in my area (Wisconsin) and acquired a lot of knowledge about these blue birds. For those species that are outside my area, I have my trusty sourcebooks and friends at The Cornell Lab of Ornithology to guide me.

I also included a closeup photo of each blue bird to help you identify them quickly along with detail about them such as:

So let’s get at it, here are the blue-colored birds in Arizona.

With so many blue-colored birds in Arizona it’s no surprise one caught your eye. Hopefully, you’ve identified the blue bird in this article or just broadened your knowledge of blue birds in Arizona! If you love that birds consider attracting more of them.