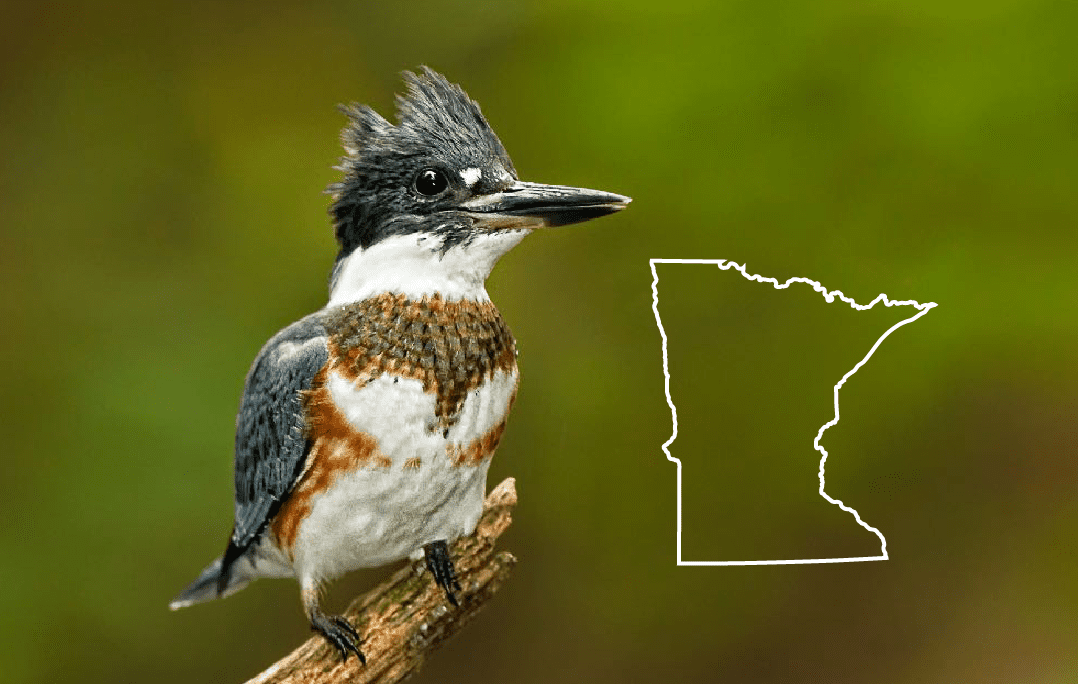 Inside: A complete list of the blue birds in Minnesota (blue colored birds) including a full-color photo of each blue bird, details about habitat, diet, appearance, nesting habits, and a range map to show you where in the state you may see them.

You spotted a blue bird in Minnesota – but what type is it? There are only a few blue-colored species of birds in Minnesota so consider yourself lucky that you’ve seen one. The next step is to identify it. I got you!

My hope is that this article will help you easily identify the blue bird you saw or plan to see one day. So let’s get at it, here are the blue-colored birds in Minnesota:

Appearance: Cerulean warblers are small 4.3″ long birds with sky-blue above, white wing bars, darker blue streaks on the back, white belly, steel/blue neck band & stripes on the sides. The females are light blue/green above, with soft yellow bellies, brown wings, and a bit of white under the eye.

Hopefully, you’ve identified the Minnesotan blue-colored bird in this article or just broadened your knowledge of blue birds in Minnesota. If you want to see more blue birds consider taking steps to attract them.