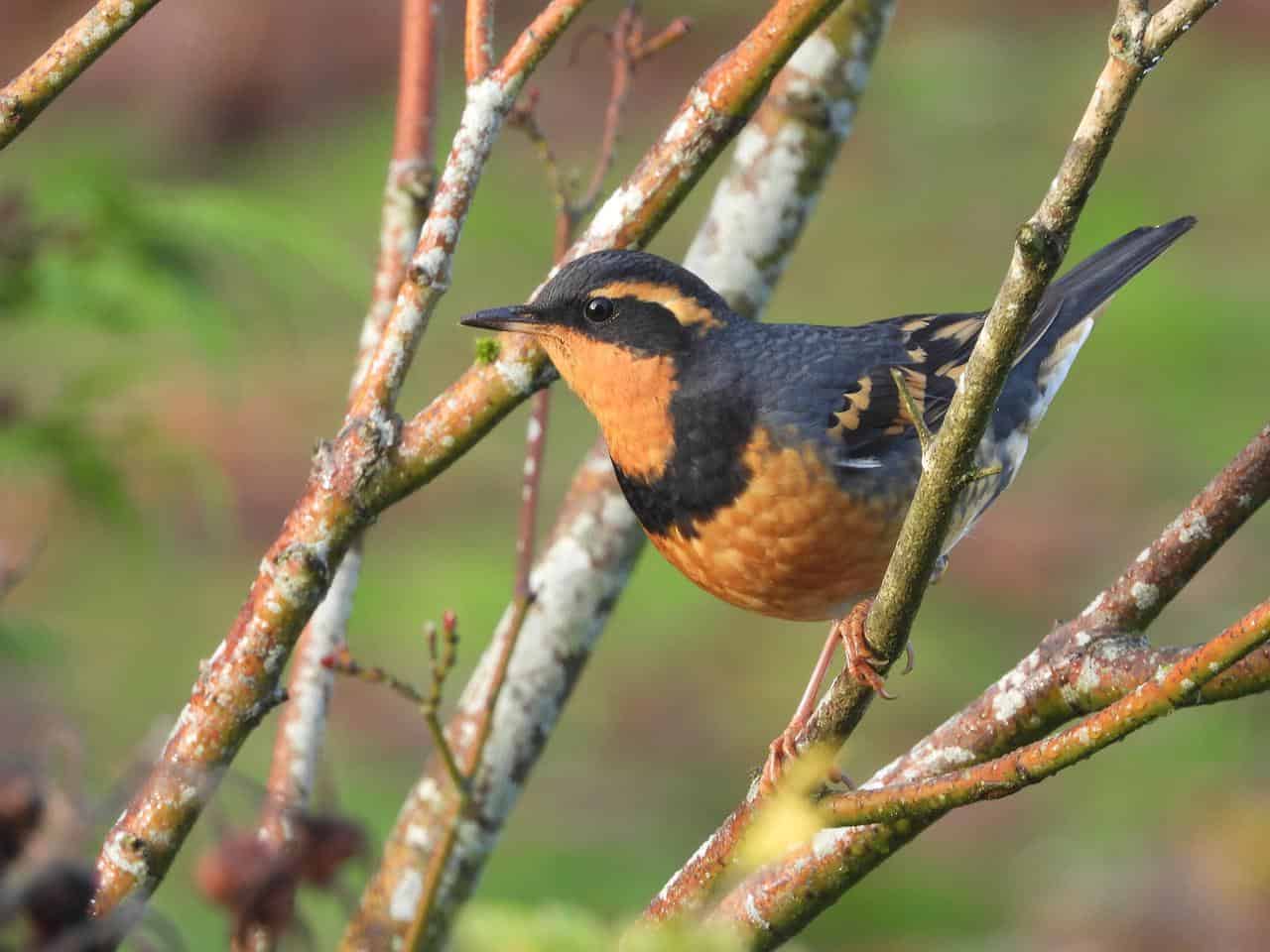 Inside: A complete list of orange-breasted birds throughout the US and Canada including a full-color photo of each bird, details about habitat, diet, appearance, nesting habits, and a range map to show you where you may see them.

Did you spot an orange-breasted bird and wonder what type it is? Congrats – you’re in the right place! This article includes the species of wild birds that have orange chests and live in the US and Canada.

The birds included in this article could have a bright orange chest, dull orange, or some other shade of orange. It may be that the female of the species has the orange breast, or the male, or both! Regardless, they’re all here!

The next step is to identify it.

A beautiful photo of each bird and their range map are included to help you identify the one you’re interested in identifying.

t doesn’t stop there. You’ll also learn about the bird’s habitat, diet, nesting habits, and what foods they’ll eat at the feeder.

With more than 20 years of experience attracting backyard birds to my yard in Wisconsin, I’ve studied all of the orange-breasted birds in my area so I have the information you’re looking for. For the remaining species, I rely on my trusty sourcebooks and friends at The Cornell Lab of Ornithology to guide me.

Appearance: The American robin is a medium-size bird about 10″ long, with gray/brown upper, brown/orange underparts, yellow beak, white chin, and white surrounding eyes. orange beak. The Female has a lighter head and underparts.

Feeder food: Not a feeder visitor.

Habitat: Common and pervasive throughout US and Canada. Found in fields, parks, wooded and forested areas, mountains, and backyards.

Migration: American robins are migrators.
Year-round range: Every US state except North Dakota, southern parts of Canada’s British Columbia, and Alberta, as well as Mexico.
Breeding range: Canada and Alaska.
Winter range: While most American robins head south back to the year-round range, others will go further into the far southern parts of Florida, California, Arizona, New Mexico, Texas, Louisiana, and Mexico.

Hopefully, you’ve identified the orange bird you were looking for or just broadened your knowledge of orange-chested birds in North America. If you want to see more of a particular species of these orange birds, consider taking steps to attract them to your yard.