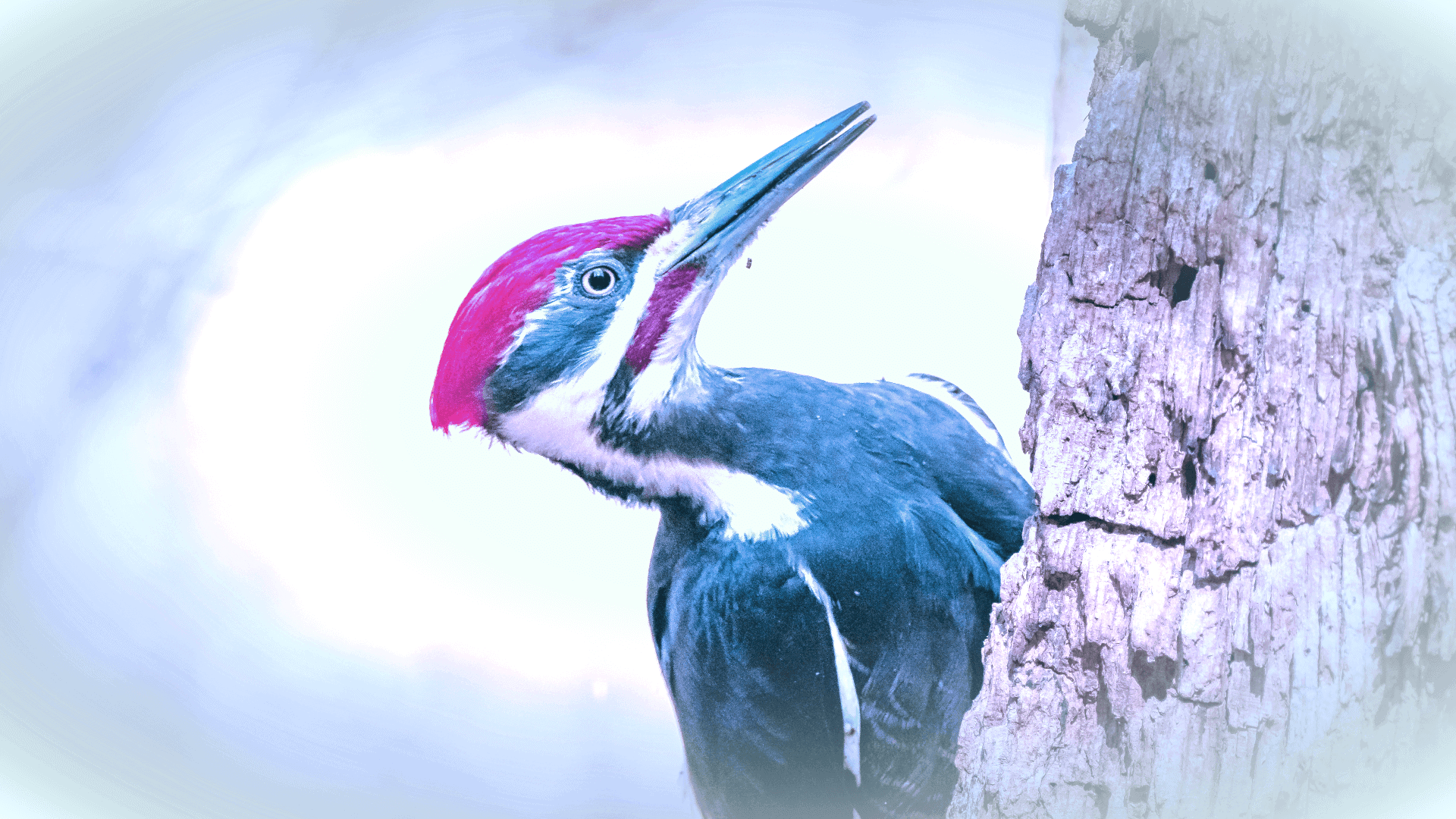 Inside: Pileated woodpecker meaning and symbolism according to various cultures, religions, mythology, and tribes.

By researching the history, stories, and traditions of cultures across the world, we’ve discovered the enlightening meaning behind these alluring birds. From their coloring to their presence in dreams, the Pileated Woodpecker represents power, creativity, and productivity.

Read on to learn all about it!

First, we will outline what this type of woodpecker looks like out in the wild, so you can spot it more quickly next time you’re birdwatching. The Pileated woodpecker is a very beautiful bird and is relatively large, about the size of a crow.

Most of its coloring is dark black, but it does have white stripes in its upper half with a red tuft on its head. The black and white colors of this woodpecker symbolize how people look at things and their perspectives on rational and emotional situations, while the red crest on its head is said to symbolize power.

What Does a Pileated Woodpecker Symbolize?

Amanda Linette Meder, a Spirits expert, tells us the main things that a Pileated woodpecker symbolizes in the Western world include:

Pileated woodpecker meaning relates to hard and steady work as well as being resolute in meeting one’s goals. Woodpeckers looking to build a nest, for example, continue until it gets done without giving up or taking any long breaks from their project.

A Pileated woodpecker tends to work at the same pace, and it will come back to the same area every year. Male and female pileated woodpeckers stay together – they mate for life. As such, they represent steadiness and loyalty.

If you’re feeling like giving up on a difficult task or work assignment, the Pileated woodpecker may present a good symbol for remaining steadfast and continuing until your task is done.

Several different cultures and regions have taken on their own version of what a woodpecker symbolizes. For instance, Native American folklore discusses how a shamanistic Pileated woodpecker tattoo means wisdom, creativity, and individuality. Native American culture places importance on this woodpecker appearing in dreams or out in nature.

These ancient cultures have explained how seeing birds in your dreams means being in close connection with the spirit world. Native American cultures believed that woodpeckers represent the journey into astral planes and that it is the symbol of prophets and messengers between worlds.

Fertility may represent the wish to have children and give birth or start a family. However, it may also mean a new project and hoping fruition occurs.

Furthermore, Pileated woodpecker meaning has been part of mythology and other folk tales around the globe. Roman mythology saw the woodpecker as a representation of the planet Mars, which constitutes energy and imagination.

As you can see, there are various cultural meanings on the Pileated woodpecker from around the world, some of which even overlap.

The Pileated Woodpecker Meaning in Astrology

In astrology, the woodpecker totem is strongly tied to the symbol Aries. As previously stated, the Romans saw the woodpecker as a symbol for the planet Mars, which is the center of the Aries zodiac sign.

Aries and the woodpecker totem have a lot of similar attributes. The woodpecker continues to peck at a tree trunk until it has achieved its goal just as the Aries perseveres at a task until they have fully accomplished it. Both symbols are determined to overcome any obstacles in their path in order to achieve their greater good.

When You Might See a Pileated Woodpecker on Your Life Path

You are more likely to see a Pileated woodpecker whenever you’re facing a tough situation and you need more determination and steady progress to meet your objective. If you are feeling shy and need to be taken out of your shell, the Pileated woodpecker can help you make more progress.

This bird may also show up when you are trying to use old circumstances to develop a new outcome. In addition, you might use this bird as a symbol of following your own rhythm in life.

The Pileated woodpecker is a water symbol, which means these birds can guide you to a more intuitive way of living life.

The Times You Should Embrace Pileated Woodpeckers in Your Meditation

Do you love meditating? If you do and you use imagery in your meditations, try thinking of the Pileated woodpecker when you’re:

If you’d like to meditate in the forest while watching the Pileated woodpecker, consider using unsalted roasted peanuts and mealworms to get them out in the open.

This complete guide should have provided you with a good understanding of the Pileated woodpecker’s meaning and symbolism. You should now know how different cultures view this woodpecker and what it symbolizes to them.

Next time you’re facing a difficult assignment or having trouble coming out of your shell, think of the Pileated woodpecker, which stands for determination, steadiness, and making progress.

Want to attract pileated woodpeckers for an up-close and personal look? Check out my article 5 Proven Ways to Attract Pileated Woodpeckers. 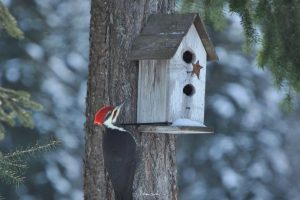 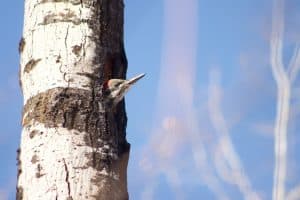 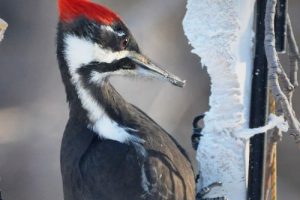 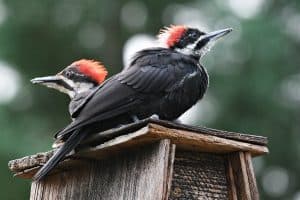 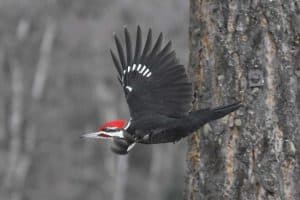 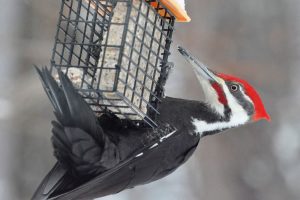